The National Day of Mourning

Beginning in 1970, the Native American tribes of New England gather annually on Thanksgiving Day to remind the world of the repercussions of colonialism that began when the Pilgrims landed on Wampanoag lands in the year 1620. Known as the National Day of Mourning, the protest commemorates the hardships that Native Americans have faced throughout history while also drawing attention to the contemporary struggles of Native North Americans.

Meeting on Thanksgiving Day, protestors gather on Cole's Hill in Plymouth, Massachusetts at noon. Events include a march throughout the town of Plymouth and speeches performed by guest speakers. The event is inclusive and open to all supporters of Native American rights. 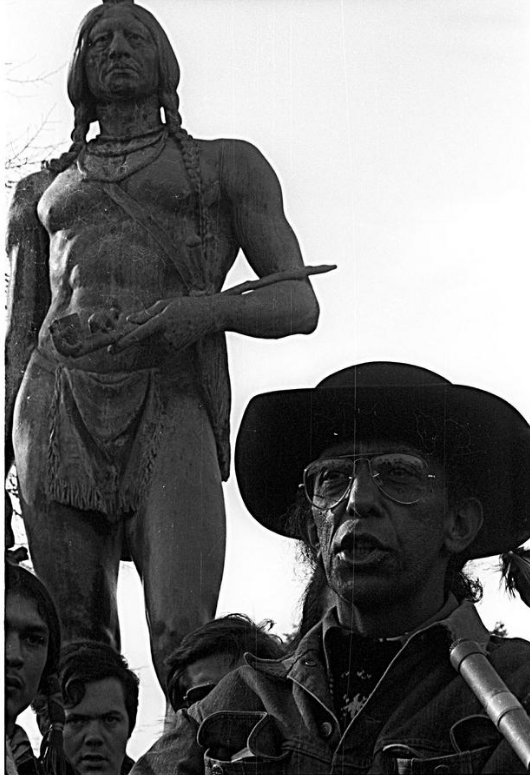 Wamsutta (Frank B.) James addresses the National Day of Mourning protest on Coles Hill in Plymouth on Thursday Nov 28, 1974. Photo by Craig Murray 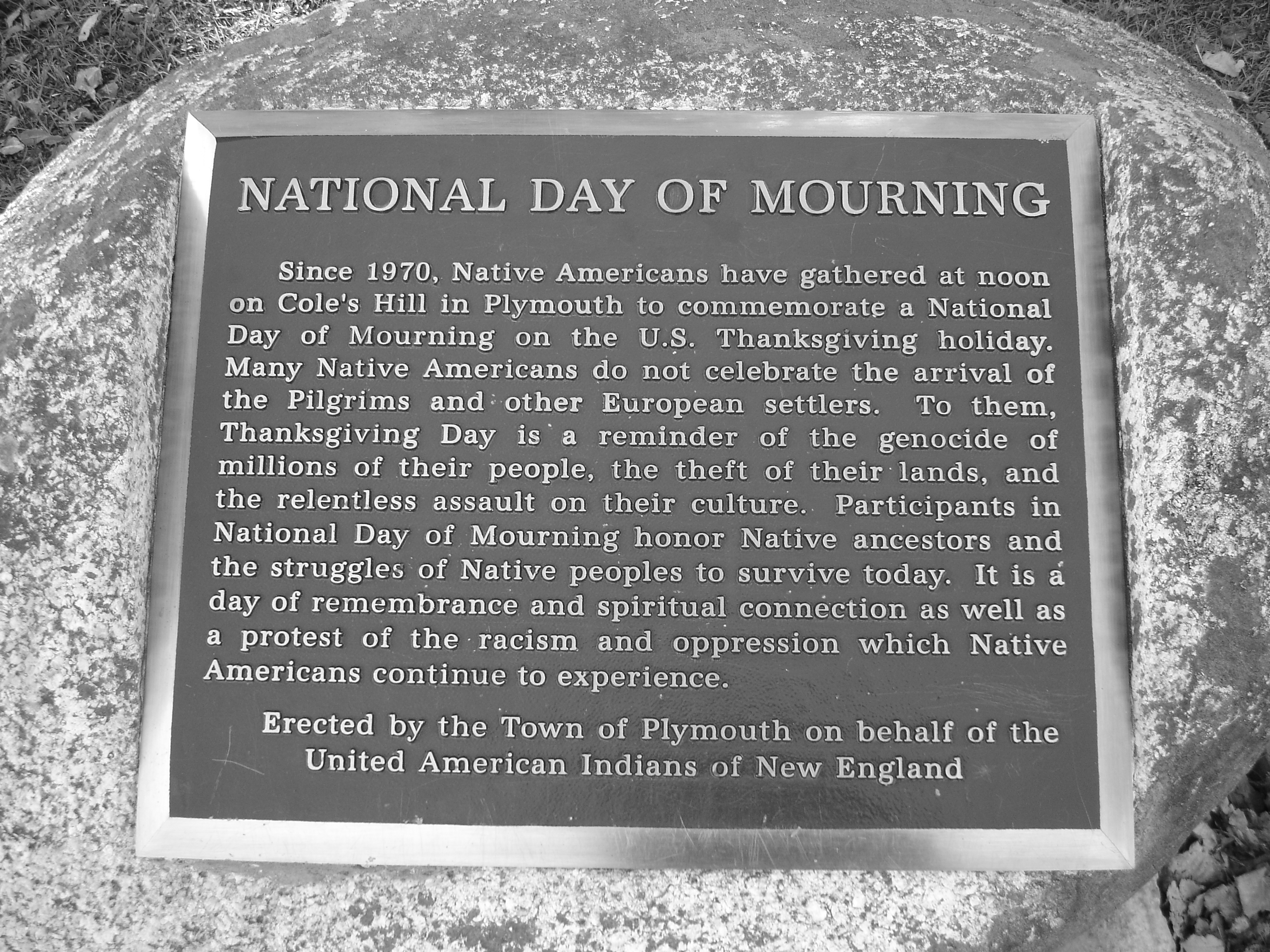 An engraving dedicated to the National Day of Mourning located on Cole's Hill, Plymouth, Massachusetts.

I speak to you as a man -- a Wampanoag Man. I am a proud man, proud of my ancestry, my accomplishments won by a strict parental direction ("You must succeed - your face is a different color in this small Cape Cod community!"). I am a product of poverty and discrimination from these two social and economic diseases. I, and my brothers and sisters, have painfully overcome, and to some extent we have earned the respect of our community. We are Indians first - but we are termed "good citizens. " Sometimes we are arrogant but only because society has pressured us to be so. It is with mixed emotion that I stand here to share my thoughts. This is a time of celebration for you - celebrating an anniversary of a beginning for the white man in America. A time of looking back, of reflection. It is with a heavy heart that I look back upon what happened to my People. Even before the Pilgrims landed it was common practice for explorers to capture Indians, take them to Europe and sell them as slaves for 220 shillings apiece. The Pilgrims had hardly explored the shores of Cape Cod for four days before they had robbed the graves of my ancestors and stolen their corn and beans.