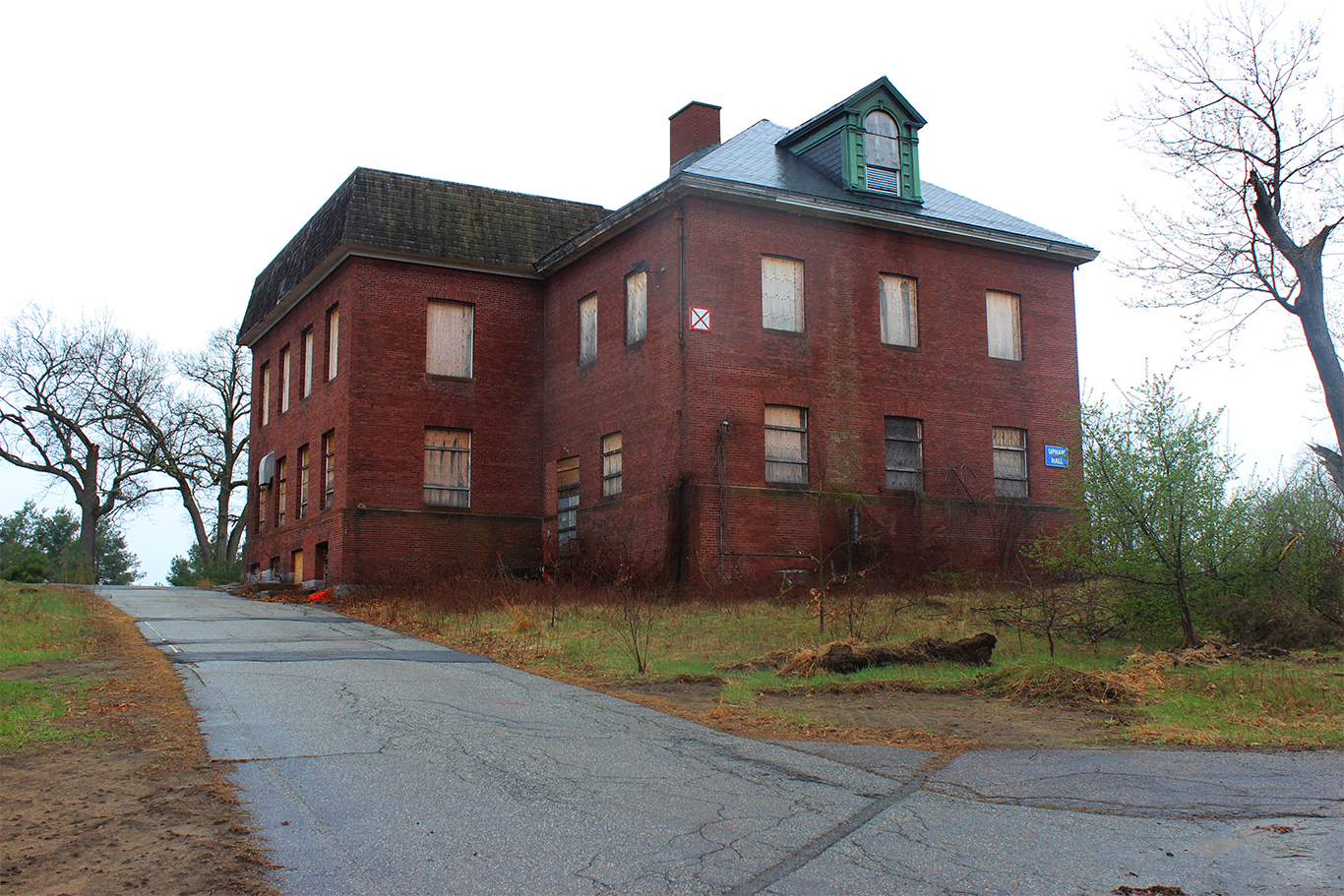 Named after county commissioner Samuel O. Upham (Merriam 87), Upham Hall was one of the three buildings on the West Campus property that was used by UMass Lowell during their stay.

When in use by the truancy school, , Upham served as an industrial building for juvenile boys to learn cooking, baking, and sewing (see image below). The building also had a religious chapel as well as space for the boys to have various entertainment. 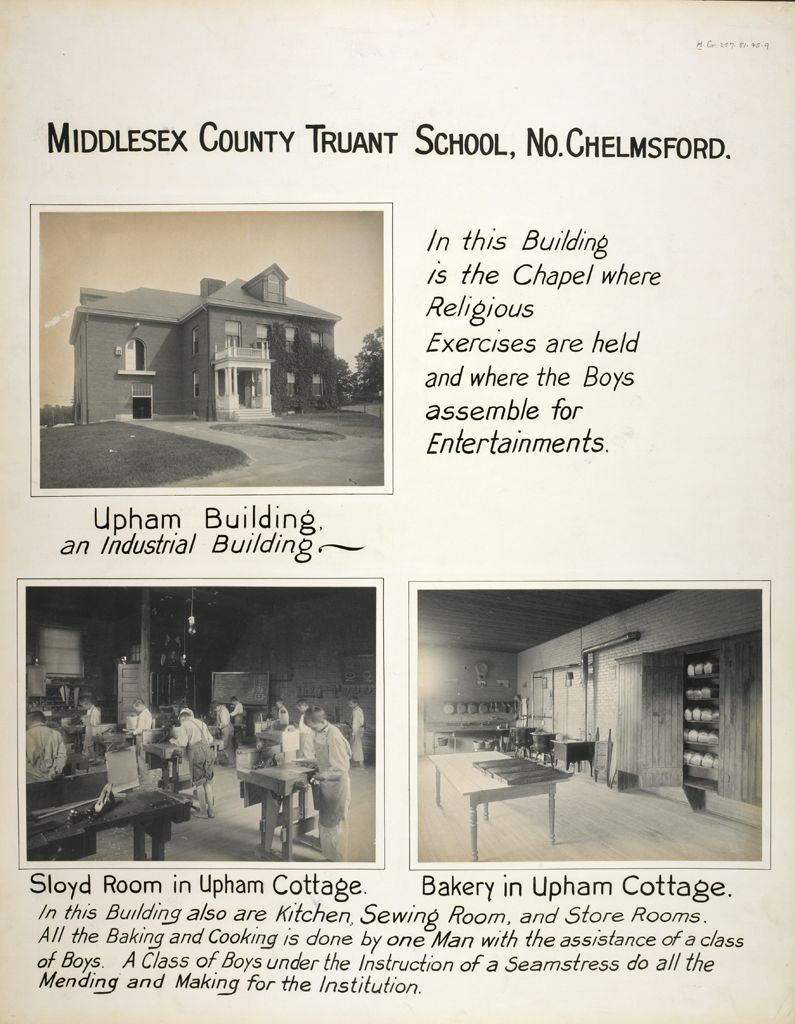 When UMass Lowell moved in, Upham was used for classes, faculty offices, including the office of the Dean of the Graduate School of Education. This was the only room in the building to have its own air conditioner. As the dean's office, of course that makes sense. 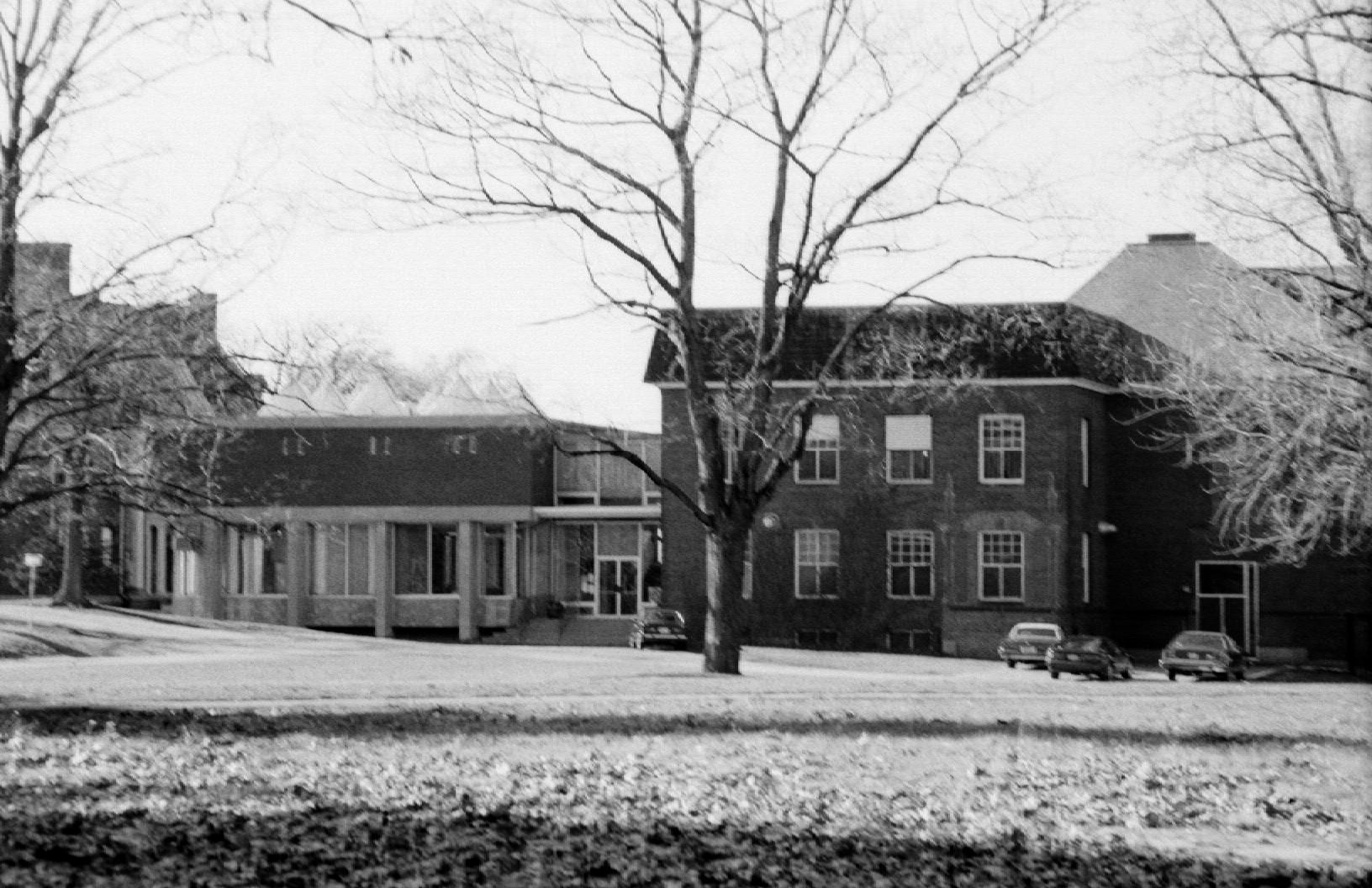 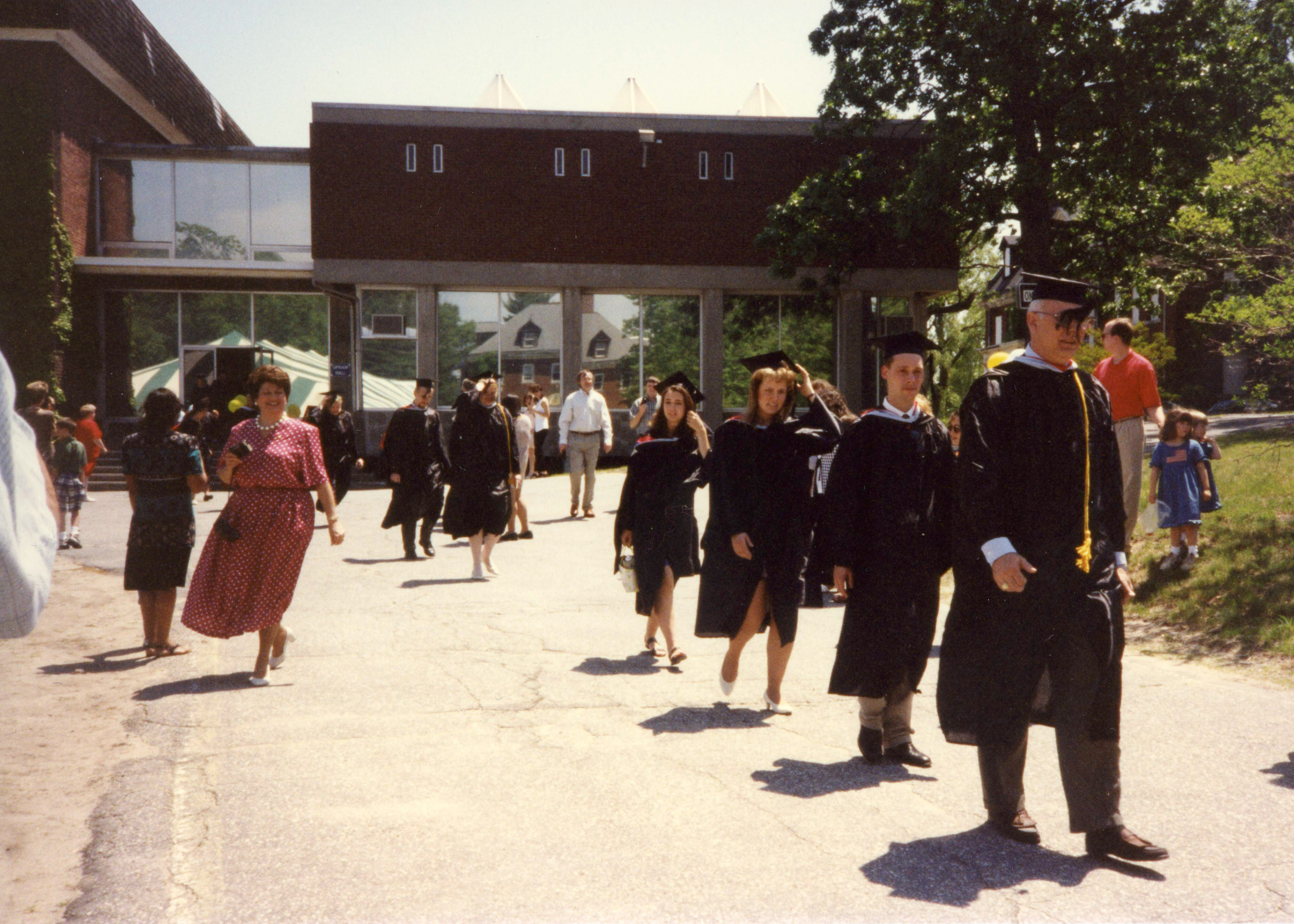 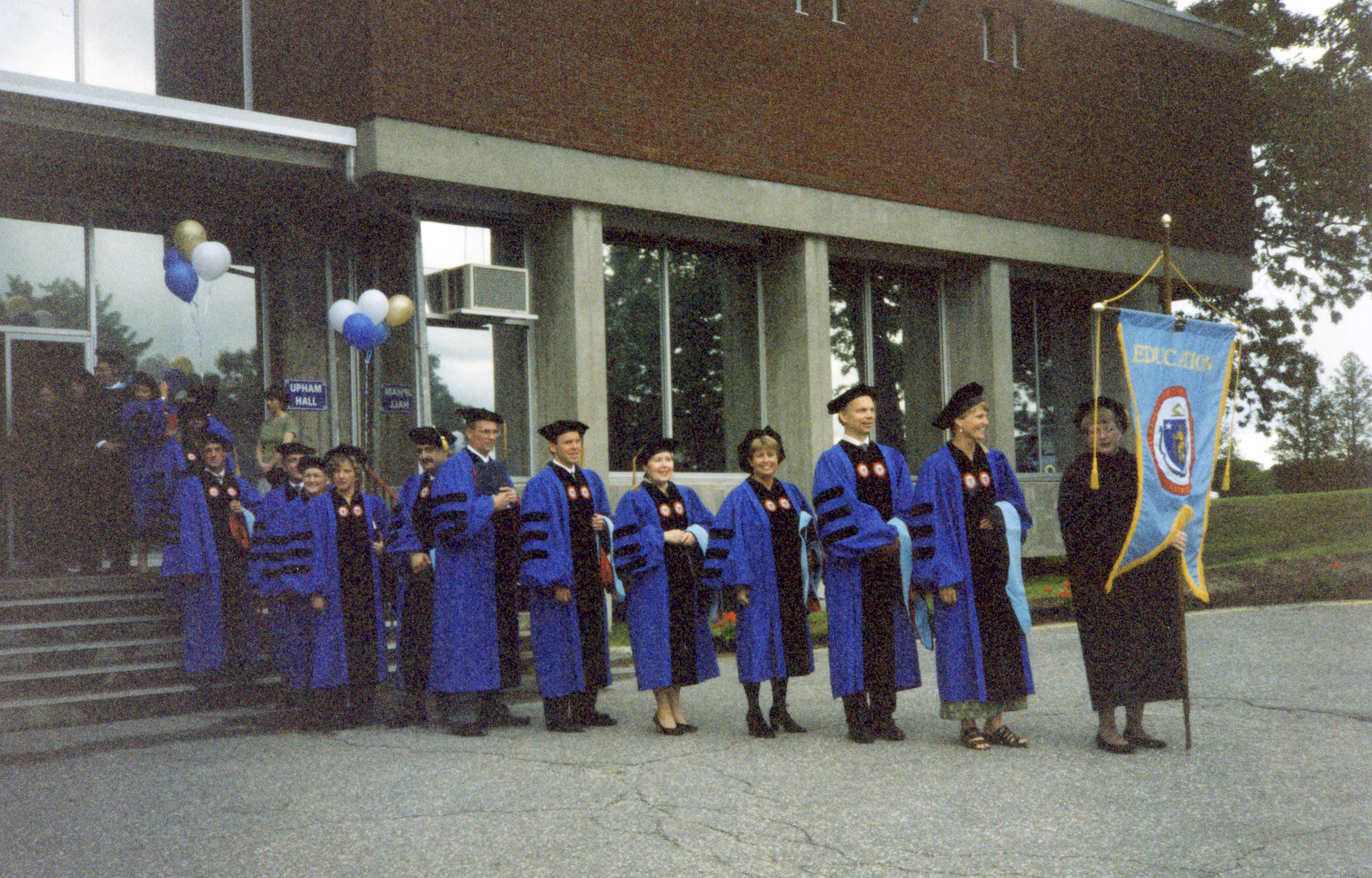 From the photos above, Upham's appearance was so wonderful that one would be convinced that it's a modern-day building.

After the departure of UML, Upham Hall has been subjected to vandalism while at the same time maintaining its modern look despite being boarded up. 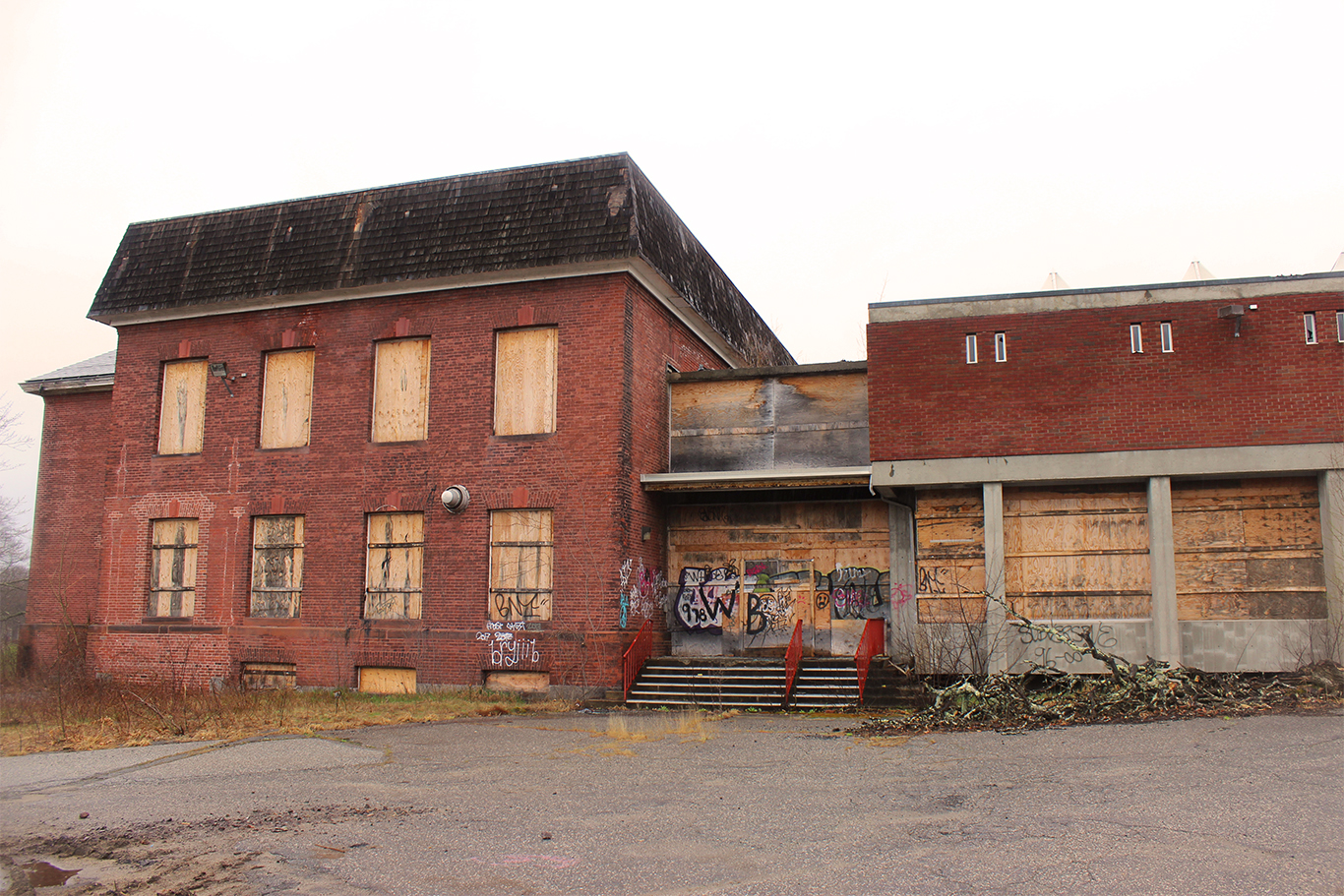