Browsing Through Birke's An Exhibit by Szifra Birke

Nathan and Sally became live-in janitors at Temple  Beth El in Lowell.  They saved every penny, subsisting primarily on leftovers from functions held at the synagogue.  Struggling to learn yet another new language and adjust to a strange country and culture, they also grappled with heartbreaking sadness.

Determined to make their lives meaningful, they saved enough money to open the first Birke's Department Store on Back Central Street in 1948.   There, they lived in a back room which was used for storage during the day.  At night, excess stock would be moved to the "store" to make room for cooking, dining and sleeping.  Their son, Lenny, slept in an orange crate on the floor.

Some wholesalers refused to deal with Nathan because his business was so small, but one way or another, he changed their minds.  He waited for one New York wholesaler in the bathroom of his factory for three hours.  When the man finally came in to relieve himself, Nathan pushed him up against the wall and demanded, "You have to do business with me.  My money is as good as anyone's."  Shocked, the man agreed, and the two men eventually became lifelong friends. 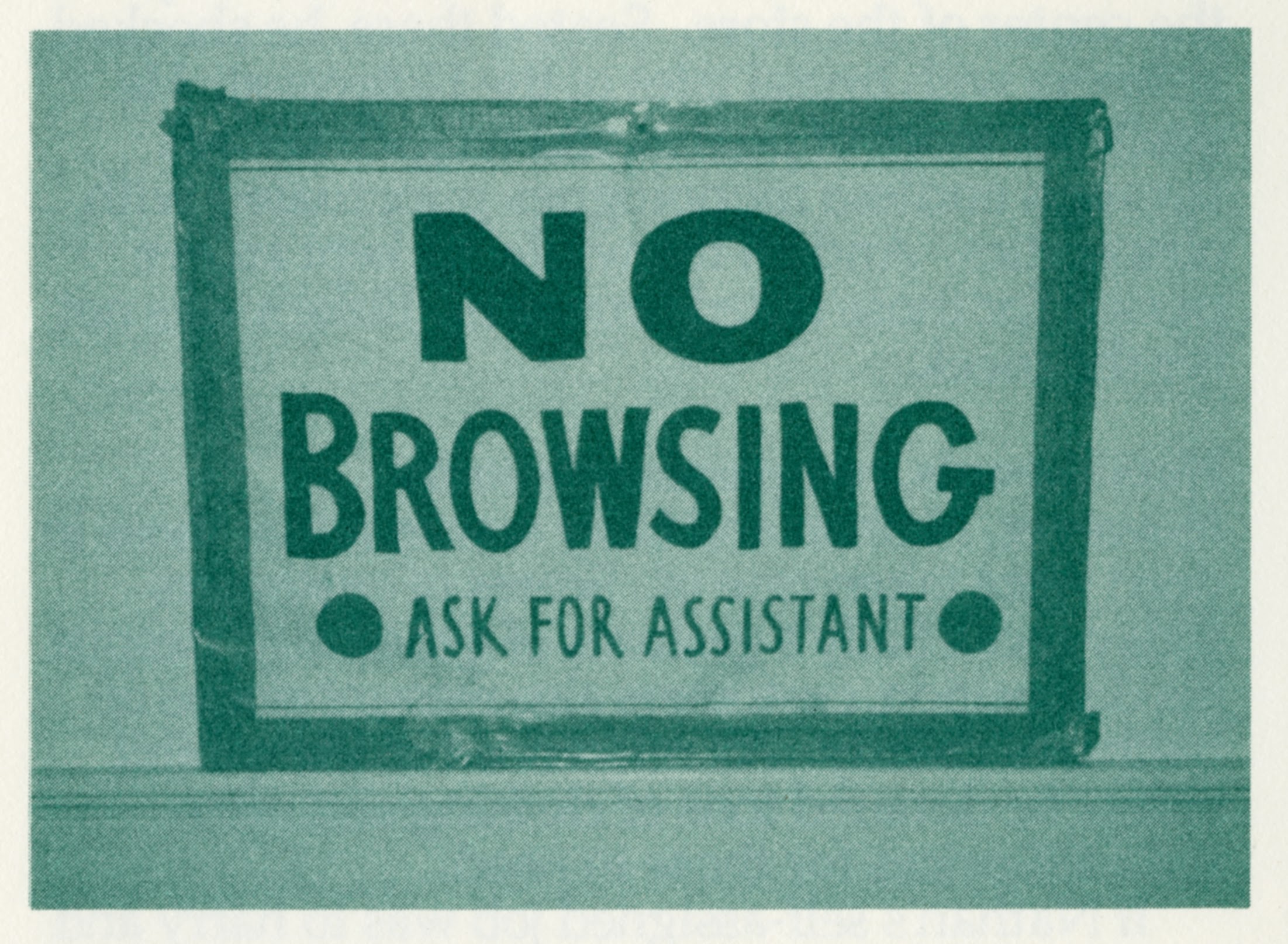 Woe be it to anyone who ignored this sign which "greeted" customers as they stepped into Birke's.

Birke's moved from Back Central to Gorham to Market Street, where Sally continues to manage the store today.  Nathan passed away in 1992, and though the man is gone, his memory remains forever etched in the minds of Lowellians.  Although he was deft at buying wholesale, his approach to sales and customer relations would give most retailers nightmares.

One day, handing Nancy Donohue, a prominent member of the Lowell community, a black crayon and an old piece of cardboard, Nathan ordered her to write "NO BROWSING" in big block letters.  When she finished, to her surprise, he instantly tacked the directive to a post in the front of the store.

And woe be it to anyone who ignored that sign.  "Vhat do you vant?"  Nathan would interrogate the casual shopper.

"No lookers. Ve vant buyers!  You vant to
browse, go to a library!  At least dare you vill loin
someting!"  Nathan would declare, just before
throwing the hapless shopper out.

Nathan threw about ten thousand potential customers out of the store over the years, for such offenses as browsing or conversely, being too picky.  Coming in to buy a blue suit, one man was told, "You vant a blue zoot?  Vy you no join da Navy dhen you get a blue zoot free!"

Nathan held court at a small metal TV tray in the center of the store.  Seated there, he shocked listeners with brutal tales of the Holocaust.  He made his scorn of politics and religion known through endless monologues punctuated with obscenities.  And all the while, he kept an eye peeled for those hated browsers.  Birke's was not for the meek.