Browsing Through Birke's An Exhibit by Szifra Birke

Dedication
The horrors of the Holocaust are beyond the scope of most people's imaginations - a merciful reality, for most would be unable to endure the images. But for those who were there and survived, for those whose families were destroyed by the ruthless members of the Nazi regime, the memories will not fade. Nor do they want them to, for only through remembrance are they assured that their losses were not totally in vain.

Six million Jews were murdered in the Holocaust, as well as five million others, including Jehovah's Witnesses, Seventh Day Adventists, Gypsies, the mentally and physically ill, homosexuals and political opponents.  This exhibit is dedicated to those survivors who, like Nathan and Sally Birke, vowed to "Never forget."

There are no formal graves for the victims.  Few markers exist as testimony of what they endured. This exhibit stands as my attempt to bring Nathan and Sally, my parents, to life so that all reflect on it may have a better understanding of the background of the victims, many of whom, like my parents, had their entire families annihilated in the Nazi death camps.

Birke's Department Store epitomizes the survivors' story, and brings to life the complexity of these refugees and the customs they brought with them from Europe - hard work, devotion to family, a hunger for knowledge.

Nathan brought with him the ravages of loss.  He lost his father to typhus, thereby losing his childhood.  As the oldest, and a son, he assumed responsibility for his mother and four young sisters at the age of nine.  Finally, he lost faith in humanity and in God as a result of the savage butchery of everyone in his family except three cousins.

He vowed to never forget, and anyone who had contact with him knows he didn't. Everyday, he testified of the Holocaust to all who came into Birke's Department Store.  Whether they wanted to listen or not, strangers and friends, Jews or Gentiles, Nathan told them.  Even when paying for clothes, customers were confronted with articles about Nazis from pages of Jewish newspapers he stapled to the wall behind the cash register.  Like the braids, tight knots and waves of human hair that still hang today in an Auschwitz barrack, Nathan shocked people into the reality of the Holocaust, forcing them to face human beings' darkest side. 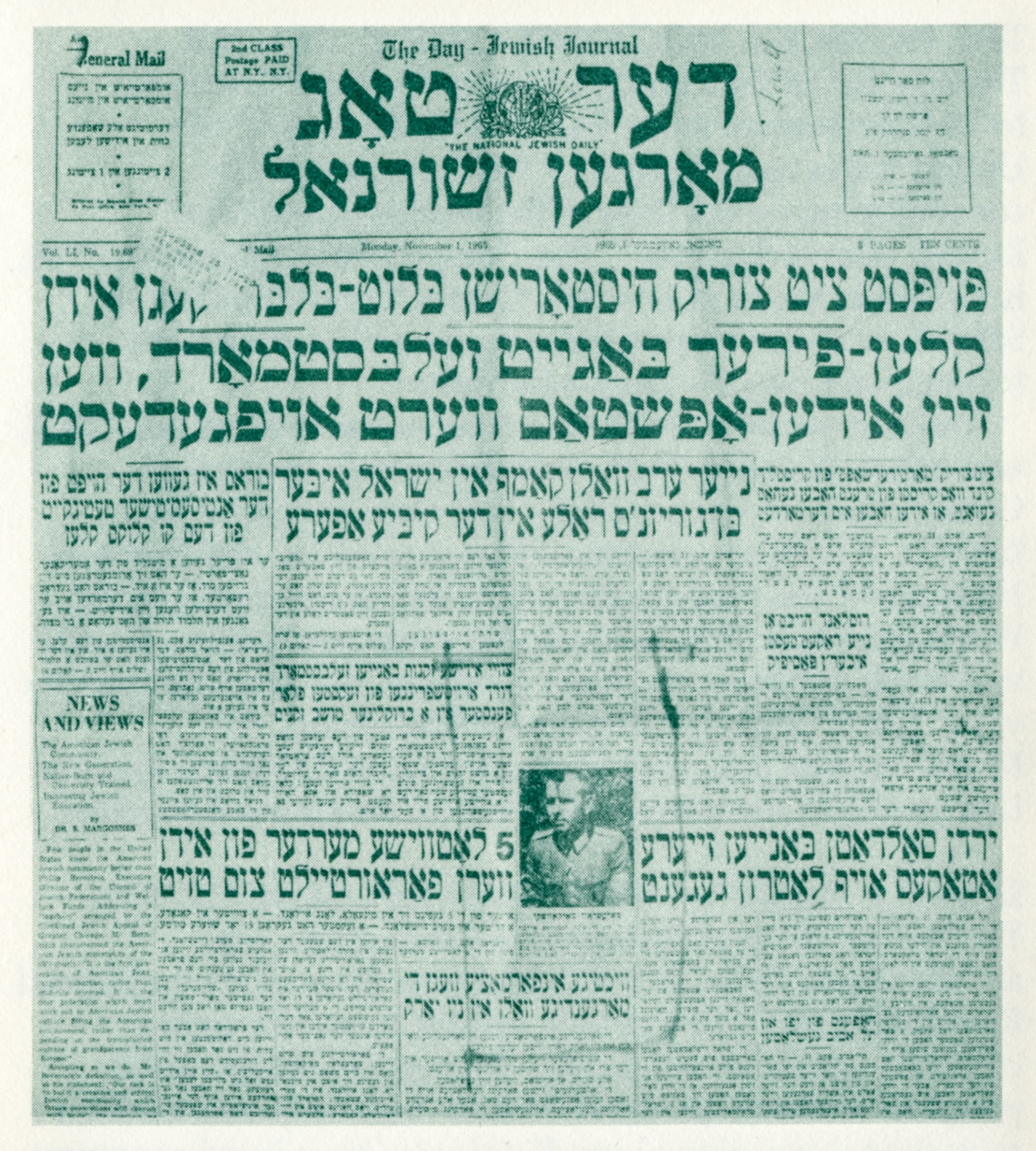 One of several Yiddish newspapers containing articles about Nazis that Nathan stapled to the wall behind the cash register at Birke's.

Sala (Sally) Dymantsztajn Birke, thirteen years younger than Nathan, brought with her the perseverance and commitment European wife felt toward her husband and marriage, no matter what. She brought an ability to focus on today, and a knack for making her Lowell customers feel special as she had done in the Lodz, Poland, clothing store where she worked full time from the age of thirteen, after leaving school to help support her family.  She brought her own parent's warmth and love for their children.  Sally's own memories of the Holocaust, including the loss of her entire family, all but a few cousins, have remained with her always.  There is not a day she does not remember.