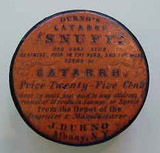 Sarah George Bagley was born in Candia, NH on April 19, 1806.  She had two brothers, Thomas and Henry, and one sister Mary Jane.  Her mother Rhoda Witham and her father Nathan Bagley were both members of large New England families.  Nathan and Rhoda farmed, sold land, and even owned a small mill trying to make money to support their family.

In 1837, at the age of 30, Sarah first appeared in Lowell working at the Hamilton Mills.  She published one of her first stories “Pleasures of Factory Life” in an 1840 issue of the Lowell Offering.  The Offering was a literary magazine written, edited, and published by working women, some of them very young.  Their purpose was to show the world that women who worked could also write and have a thirst for learning.

In late November of 1842, 70 weavers at the Middlesex Mills walked off their jobs, protesting the requirement to tend two looms instead of one.  Shortly after this “turnout”, Sarah left the Hamilton Mills and went to work for the Middlesex Mills as a weaver, possibly taking the place of striking workers.  Between 1842 and 1844, over 1,000 textile workers left Lowell as a result of an economic depression, which caused wage cuts and stretch-outs. In March 1844, under improved economic conditions the Lowell textile corporations raised the wages of male textile workers but not female workers to the 1842 levels.  In December of 1844, Sarah along with five other women met in “Anti-Slavery Hall”.  They formed the Lowell Female Labor Reform Association, to improve health conditions and lobby for the Ten-Hour Day.  At that time, women in Lowell worked 11 to 13 hours a day in mills heated by hot air furnaces and lived in crowded boardinghouses with poor air circulation.   As president, Sarah saw the LFLRA grow to nearly six hundred members.  They published their own labor newspaper The Voice of Industry for which Sarah frequently contributed articles and edited a woman’s column.

In 1845, Sarah and her friends petitioned the Massachusetts Legislature, demanding a Ten-Hour Day.  As a result of dozens of petitions, for the first time in the United States history, a state legislature held hearings to investigate the conditions of labor in the manufacturing corporations.  Sarah and others testified to the long hours and unhealthy working conditions in the mills.  The committee led by Representative William Schouler reported that the legislature did not have the power to determine “hours of work” and that the Ten-Hour Day must be decided between the corporations and the textile workers.  The workers were furious and campaigned to defeat Representative Schouler in the next election.

Sarah and her friends continued sending petitions to the state legislature for a Ten-Hour Day, they gathered over 10,000 names from throughout Massachusetts, and more than 2,000 signatures were from working women and men of Lowell.  Again hearings were held to investigate working conditions, and again the Massachusetts Legislature refused to take action.  However, political pressure on the Lowell textile corporations was so great that in 1847 the mills shortened the workday by 30 minutes.

In June 1846, John Allen became the new editor of the Voice of Industry and fired Sarah.  Sarah wrote that Allen “does not want a female department it would conflict with the opinions of the mushroom aristocracy that he seeks to favor, and beside it would not be dignified.”  Discouraged and angry, Sarah looked for another job.  A new business of sending messages along wires called the magnetic telegraph had just opened an office in Lowell, and they hired Sarah as the first female telegrapher in the United States.  Not only did she tap out messages, but she helped people write their messages and letters.  Early in 1847, Sarah was contracted to run the magnetic telegraph office in Springfield, Massachusetts.  In Springfield she was very unhappy to discover that she earned only two-thirds as much as the man she replaced.  She wrote to a friend of her growing commitment to human equality and the rights of women.

A year later Sarah returned to Lowell, working for the Hamilton Mills and living with her brother to save money.  While in Lowell, she traveled throughout New England, writing about health care, working conditions, prison reform, and women’s rights.  In 1849 she traveled to Philadelphia, where she worked with the Quakers as the executive secretary of the Rosine Home, providing a safe place for prostitutes and disadvantaged young women.  While in Philadelphia, Sarah met James Durno and they marry November 13, 1850.

In 1851 Sarah George Bagley and her husband James Durno moved to Albany, NY and began practicing as homeopathic physicians.  At that time, homeopathic health care was a new field of medicine, which used herbs and medicines rather than the more radical cures performed by some of the well-known doctors – bleeding patients, or “purging” the body through vomiting.  Their practice specialized in providing medical care for women and children.   The price of their services was “to the rich, one dollar - to the poor gratis [free].”  Durno began manufacturing herbal medicines and Durno Catarrh Snuff.  By 1867 Sarah and James had moved their manufacturing company to New York City and lived in a large brick house on Brooklyn Heights.  James died at the age of 76 about 1873 and Sarah died about ten years later.

Sarah George Bagley represents many women and men in the mid 19th century, who were committed to improving health care, working conditions, and education for women and men and children.  She believed that it was through the political process of passing laws that society would improve the working conditions and the quality of life for woman and all oppressed or enslaved people.